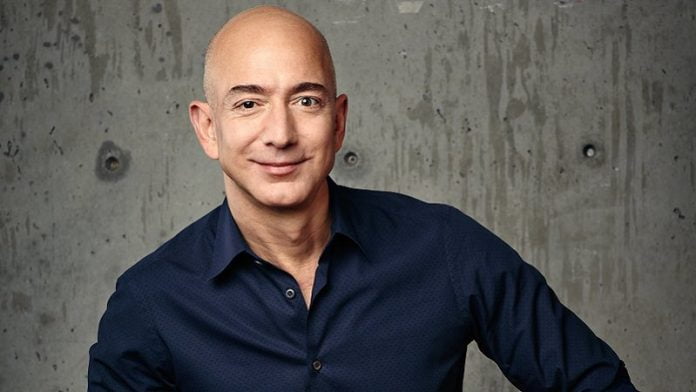 Amazon founder Jeff Bezos wants to donate most of his fortune. Among other things, he wants to use the money to support the fight against climate change. So far, however, Bezos has not been known for his social commitment.

His ex-wife did it in 2019, and now Jeff Bezos is apparently following suit: the founder of Amazon said in an interview with the CNNthat he wanted to give most of his wealth away.

Bezos plans to donate his net worth of $124 billion along with his current partner Lauren Sanchez while he is still alive. He wants to devote the money to the fight against climate change.

Bezos also wants to support people who can unite humanity in the face of deep social and political divisions.

So far, however, there has been more criticism than applause around the Amazon founder. Last year, for example, former and current employees of his space company Blue Origin complained in an open letter about a sexist corporate culture.

In addition, his flight into space was not well received. For example, one of the tickets was auctioned for $28 million. Out of frustration at his behavior, 16,000 people even signed a petition to refuse Bezos’ return to Earth.

Meanwhile, it was revealed last year that Bezos paid almost no taxes on his wealth between 2014 and 2018. When current US President Joe Biden said in May that the richest companies should pay their fair share of taxes, Bezos accused him deception before.

However, when Bezos and his ex-wife MacKenzie Scott divorced in 2019, she then signed the Giving Pledge — a philanthropic campaign founded by Bill Gates and Warren Buffet.

This is a pledge by the world’s wealthiest individuals and families to donate the majority of their wealth to charity, the website says.

However, Jeff Bezos has not yet wanted to join the organization. There has also been criticism for this in the past. Now he has apparently changed his mind about the common good.

In 2020, Bezos pledged to donate $10 billion to the Bezos Earth Fund. He and partner Sanchez also announced they have pledged $100 million to country music icon Dolly Parton so she can donate the money to charities.

Sea Forbes Magazine Bezos is currently the fourth richest person in the world. Nevertheless, it is the first time that the entrepreneur speaks of wanting to donate his fortune. In the CNN interview, however, Bezos did not announce to which organizations his fortune should go.