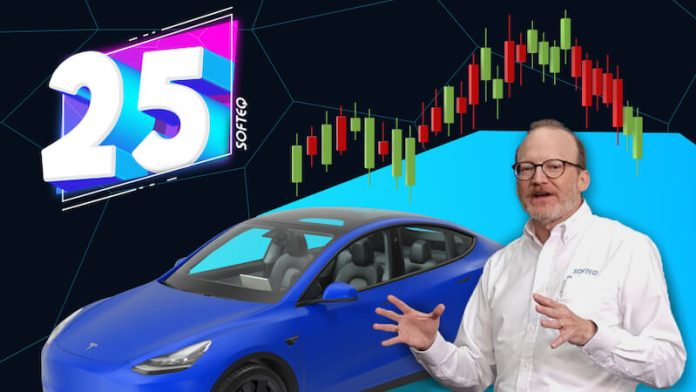 That Software company Softeq turns 25 this year. During that time, Houston, Texas-based founder and CEO Chris Howard learned many lessons. As an experienced investor, he shares his experiences with start-ups and other investors. We bring you five lessons learned from Chris that made him a better investor and entrepreneur.

Nothing is more important than reliability, says Chris: in timing, in pricing and in the delivery of the service. Softeq’s CEO has trained his team to keep their word. And if necessary, to apologize for mistakes. According to the CEO, nothing is worse than a company that has forgotten who it works for: its customers.

A few years ago, Softeq’s largest customer, accounting for over 80 percent of its business, terminated its contract. A major challenge for the then still young company.

But, hey, it also freed up resources! Chris and his team made an effort to pass this on. Recently, three companies competed for Softeq’s resources and the business recovered – and has been growing rapidly ever since.

A mistake that founders like to make is putting too much energy into the perfect product. In the beginning, says Chris, it’s all about timing. That means bringing an alpha or beta version onto the market and developing it further together with the customer. If you stuff your product with too many features, you haven’t thought it through to the end.

Lesson 4: Get out of the comfort zone

Even as an entrepreneur, you sometimes tend to stay in your comfort zone. Especially when things are going well. The problem? You don’t learn anymore. And is poorly prepared when it comes to mastering major leaps in innovation or transformations. Softeq has reinvented itself several times in 25 years of IT development and will continue to do so.

When Chris Howard was a kid he built his first product. He put his heart and soul into the construction – and in the end it didn’t work. what did he do He kept going!

Over the years he built many different devices including a control unit for launching two rockets and a Morse code system which he wired between bedrooms. For Chris, failures are above all a kind of feedback system: recognizing mistakes, correcting them and getting better. This applies to everyone: people as well as companies.

With Softeq to digital progress

The software company Softeq supports companies from different areas, such as digital health or automotive, in using the latest technology sensibly. Companies can secure an advantage over the competition through digital progress.

You can find out everything about the anniversary of the US IT developer Softeq and its founder & CEO Chris Howard here.