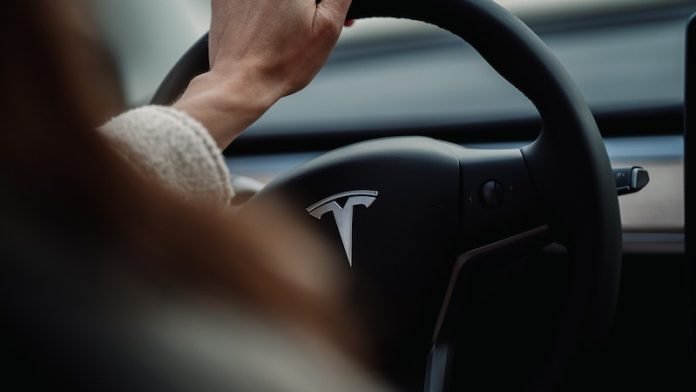 The Federal Consumer Association (vzbv) is suing Tesla. In the opinion of consumer advocates, the activated sentry mode of the vehicles violates data protection law. They also accuse the carmaker of luring customers with misleading CO2 advertising.

The Federal Consumer Association (vzbv) is suing the US electric car manufacturer Tesla. This is according to a press release from the organization.

The consumer advice center accuses Tesla of violating data protection law with the built-in guard mode. In addition, the carmaker makes misleading statements about CO2 savings when buying its vehicles.

Tesla’s Guardian Mode, also known as Sentry Mode, is used to protect against theft. The vehicles permanently record their own surroundings using built-in cameras. The owners of the cars can also access the recordings remotely.

The problem: Uninvolved passers-by are also recorded. In some cases, the recordings produced by Sentry Mode are even saved. According to the consumer center, this is the processing of personal data. And that in turn is subject to the General Data Protection Regulation (GDPR). In addition, environments may only be recorded if there is a specific reason for doing so.

According to the vzbv head of legal enforcement, Heiko Dünkel, the legally compliant use of Tesla’s guard mode is practically impossible.

Users would have to obtain consent for the processing of personal data from passers-by who happened to walk past the car. Anyone who uses the function therefore violates data protection law and risks a fine.

According to the consumer center, all of this indicates that there are gaps in the approval procedures for automated driving functions such as the Sentry Mode. The Federal Motor Transport Authority must in future work more closely with the Federal Data Protection Commissioner.

Tesla’s CO2 advertising is misleading, according to the consumer advice center

A second charge relates to Tesla’s advertisement for CO2 savings when buying one of its electric cars. According to the vzbv, the statements made by the car manufacturer are misleading.

On the Internet, Tesla advertises the Model 3 with CO2 emissions of zero grams of carbon dioxide per kilometer. The wording of the offending advertising would make customers think that by buying a Tesla vehicle they are helping to reduce overall CO2 emissions from cars and are supporting sustainability. According to consumer advocates, this is misleading.

The reality is different: What Tesla cars save in terms of CO2, vehicles from other manufacturers are allowed to emit in addition. And Tesla makes money from it.

Because in 2020 alone, Tesla is said to have earned 1.6 billion US dollars from the sale of so-called “emissions credits”. These are emission rights that allow other car manufacturers to exceed the limits applicable to their vehicle fleet.

However, Tesla pushes this common practice into the background. In its environmental compatibility report, the e-car manufacturer provides information about the sale of emission rights. However, the report is in English and the information is only on page 75.