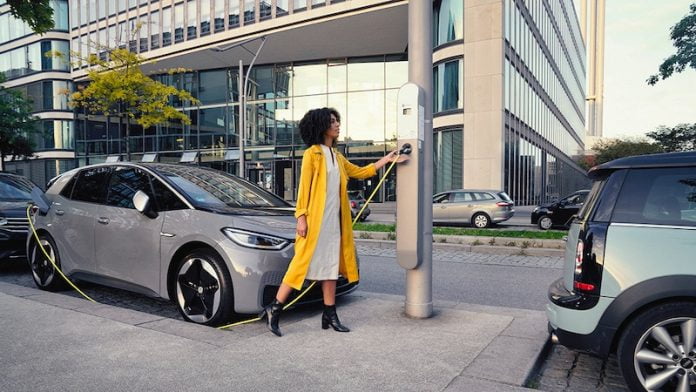 Around 1,000 new charging stations for electric cars are to be built in Berlin. The special thing about it: The charging infrastructure is located in conventional street lamps. In the course of a tender, the state of Berlin commissioned the Shell subsidiary Ubitricity to convert the first 200 lanterns.

The state of Berlin has awarded a first contract for its “lantern shop” pilot project. In the course of a Europe-wide tendering process, the Berlin company Ubitricity was commissioned to build 200 new charging stations for electric cars.

The special thing about it: The charging infrastructure should be located in conventional street lamps. According to the Berlin Environment Agency, the aim is for a total of around 1,000 of these charging stations to be built. With the help of the first 200 stations, they want to check whether and to what extent the use of the existing street lamp infrastructure is suitable.

Ubitricity, a subsidiary of the mineral oil company Shell, wants to start converting the first street lamps as early as the second quarter of 2022. The company’s own “Heinz” charging point is to be used, which is mounted on the lamp posts in the form of a narrow box.

The charging capacity of the converted street lamps should then be 3.7 kilowatts. E-car drivers can also charge their vehicles with a conventional type 2 charging cable. The first stations should be operational between April and June 2022.

Existing infrastructure – only with green electricity

According to the Berlin Environment Agency, users should be able to access the stations either via the contract-based service of their mobility provider or a QR code (without a contract). The charging lanterns should also be supplied exclusively with electricity from renewable energies.

Another advantage: the new charging stations do not require any additional parking space. The use of the existing street lamp infrastructure also promises charging options with good access – ideally even right on your doorstep.

Charging e-cars: the “lantern shop” project has been in the planning stage since 2019

If the first 200 charging stations prove successful, Ubitricity will be awarded the contract to build up to 800 more stations. The state of Berlin has already applied to the Federal Ministry for Economic Affairs and Climate Protection for an extension of the pilot project and is expecting approval.

This would mean that the project, which was actually planned for 2019, would enter the second round. Due to technical problems, however, the implementation was delayed at the time. Now Ubitricity has again been awarded the contract for the “ElMobileBerlin” research project funded by the Federal Ministry of Economics and Climate Protection.