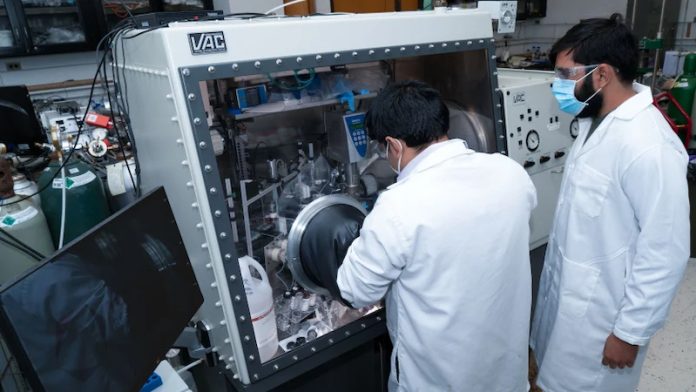 Researchers at Carnegie Mellon University have developed an AI system that is intended to produce electrolytes for batteries within a short period of time. First attempts appear promising. The artificial intelligence produced electrolytes that have better charging properties than conventional ones.

Batteries are already indispensable today. The energy cells are now used in many devices. Our smartphones, tablets or laptops would not do without them. And especially in times of the energy transition, batteries increasingly have to store electricity from solar systems and feed it back into the grid at night.

New ways of storing energy in the short or medium term are therefore needed. In addition to new types of energy storage, such as a CO2 or plastic battery, the focus is also on the further development of lithium-ion batteries. Artificial intelligence (AI) could play a major role in this. Because a computer can evaluate theoretical experiments much faster.

Researchers from Carnegie Mellon University in Pennsylvania are now investigating the effectiveness of such an AI. The task was quite simple. The system should conduct dozens of experiments to find an even better electrolyte for current batteries. Electrolytes are responsible for how quickly batteries can be discharged or charged.

The system, called “Clio”, mixed various solvents, salts and other chemicals and fed the results into an AI system called Dragonfly. This resulted in six different electrolytes that are up to 13 percent more effective than today’s solutions. The system only needed a fraction of the time otherwise required for this.

Manual development is still based on the trial and error principle. This means that a wide variety of tests are carried out, from which failures and further experiments can be derived. Clio and Dragonfly, on the other hand, mix dozens of solutions together and learn continuously in a split second.

The systems are also not limited in their way of thinking. We humans, in turn, often tend to act on past experiences. The systems, on the other hand, “think” unencumbered and try out new things. The researchers are now investigating the newly created electrolytes with regard to their life cycles, performance and safety.