With the Google Pixel Watch, the US company Google has presented its first smartwatch. After the announcement in May, the market launch is now taking place. We’ve summarized all the important information about the wearable.

Google already unveiled the Google Pixel Watch at the Google I/O in May, but the market launch was only announced for the fall. The smartwatch will again only be available in a 41 mm version. The bracelets are attached to the watch with a proprietary mechanism.

The somewhat outdated Exynos 9910 SoC is used as the processor, which is supported by 1.5 gigabytes of RAM and 32 gigabytes of internal memory. In addition to the Wi-Fi/Bluetooth version, there is also a slightly more expensive LTE version. The processor meanwhile has a built-in NFC chip and enables payment via Google Pay.

The Google Pixel Watch has a 1.6 inch small AMOLED display with 320 pixels per inch. A Gorilla Glass 5 protects the display, which is slightly rounded at the corners. The maximum brightness is 1000 nits.

The display can also be operated in “always on” mode, but this reduces battery life. On the side is a button for the start menu and a rotating bezel for navigating the software. 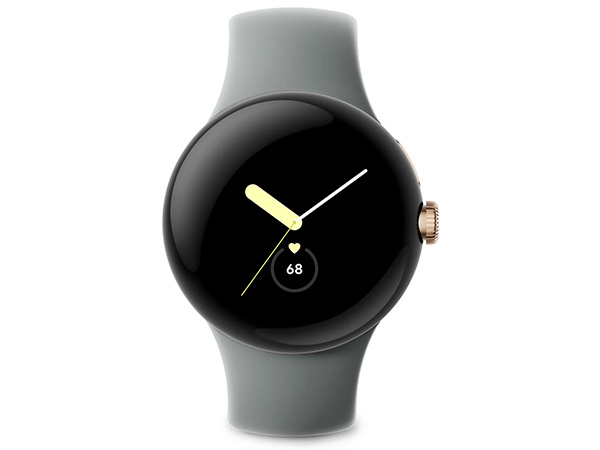 The Pixel Watch has built-in sensors like an EKG, blood oxygen sensor, pedometer, compass and many more. With these, Google wants to enable detailed sleep, sports and health monitoring. The smartwatch is also 5 ATM water resistant. This also makes swimming and light diving with the watch possible.

The software, in turn, collects the statistics in the Fitbit app, which Google acquired last year. New customers receive the paid subscription “Fitbit Premium” for six months as a free trial.

Google does not know an exact number of milliamps, but promises “up to 24 hours” of battery life. Meanwhile, the watch charges via a magnetic charger that is connected to a power supply via USB-C. The smartwatch also runs WearOS 3.5, with some exclusive apps and customizations.

For example, users can use photos from the Google photo library as a watch face or navigate via Google Maps. The Google Assistant has also made it to the clock. Telephoning is possible both via a built-in microphone and via a loudspeaker. 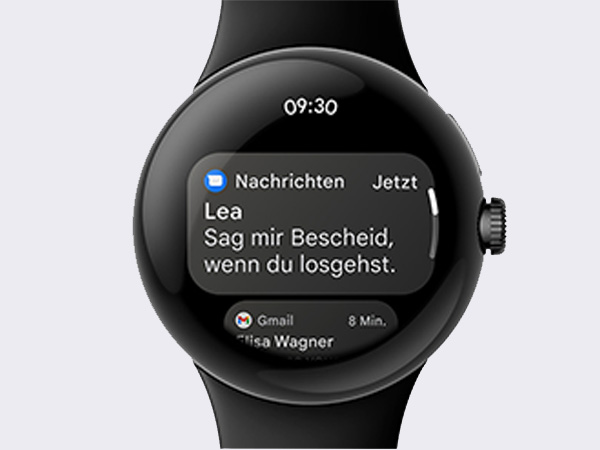 The Google Pixel Watch is available for pre-order now. Deliveries will start on October 13th. The WLAN version costs 379 euros. The LTE variant is now available for a surcharge of 50 euros. Anyone who pre-orders a new Pixel 7 Pro will also receive the new smartwatch as a free bonus.